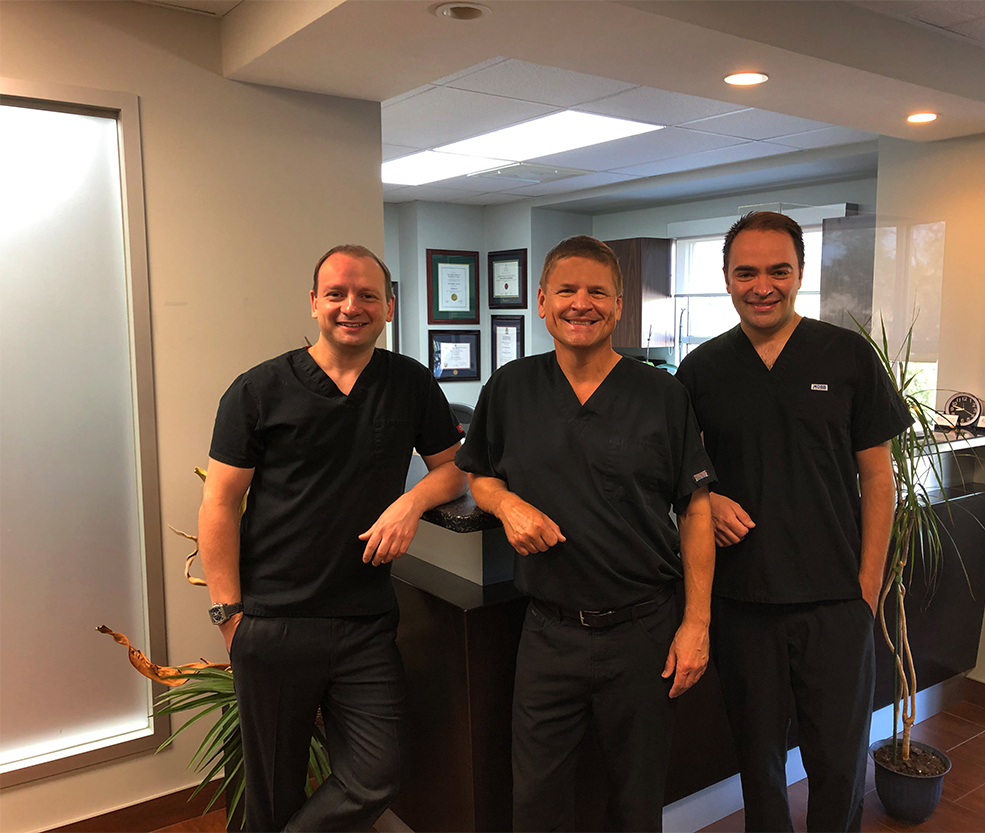 Saving teeth is our Specialty

Saving teeth is our Specialty 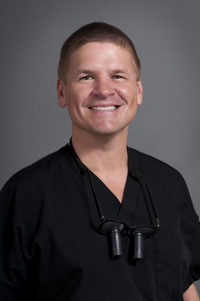 “I chose the field of endodontics because it provides immediate results for patients in pain. I also like the fact that the field is always changing, with newer technologies and better techniques that improve the prognosis. My primary goal is establishing a high level of trust with the patient from the moment we first meet, then delivering top-of-the-line care in a caring manner. We see many complex clinical problems that require patience, skill and experience.”

Dr. Michael Hepworth received his dental degree from the University of Toronto in 1989, a fellowship in hospital dentistry from the Harvard School of Dental Medicine in 1991 and his specialty certificate in endodontics from the University of Toronto in 1995. Michael was the 2010 president of the Canadian Academy of Endodontics and the 2006 president of the Ontario Society of Endodontists.

Dr. Hepworth’s passion in dentistry is evident in his goal to provide his patients with exceptional results and by trying every day in his attempts to exceed their expectations. When not in the office, Michael enjoys golfing, running, biking, as well as spending time with his family and friends. 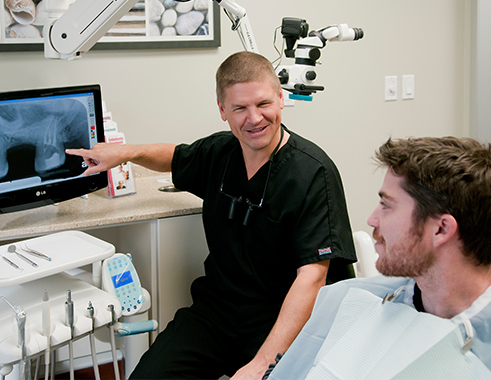 “I entered this profession because I find it fun and challenging. I enjoy the attention to detail required to obtain positive clinical results. I am also a good listener and I believe this is important to developing trust and rapport with my patients. My mission is to exceed every patient’s expectations and provide the most comfortable experience possible with exceptional clinical results. I want all of my patients to feel at ease.” 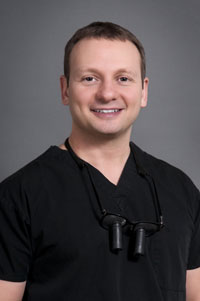 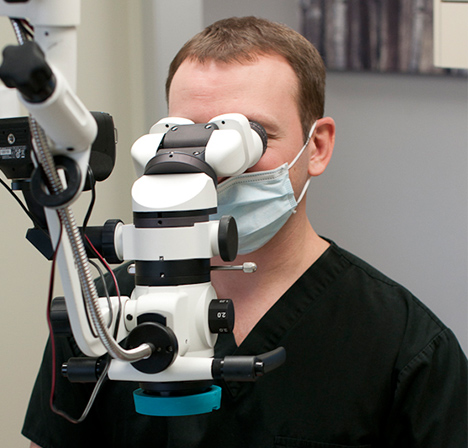 Dr. Ted Damas received his dental degree from the University of Western Ontario in 2003. While attending, he received the Laura Stakiu Memorial Award and was named on the Dean’s list. Following graduation, Dr. Damas completed a 1-year residency program at the University of Maryland in 2004.

After practicing as a general dentist in Milton, the following year he returned to graduate school at the University of Illinois at Chicago where he completed his specialty certificate in endodontics in 2007. In addition to his clinical training as a resident, he was involved in teaching, conducting research, and giving presentations locally and internationally. Ted is a past president of the Ontario Society of Endodontists, an active member of the Canadian Academy of Endodontics, and an active member of the American Association of Endodontists.

In his spare time, Dr. Damas enjoys spending time with his family and friends, travelling, skiing, golfing and playing ice hockey. Ted is a firm believer in giving back to the community. He is a supporter of the Oakville Hospital Foundation and Sick Kids Foundation. 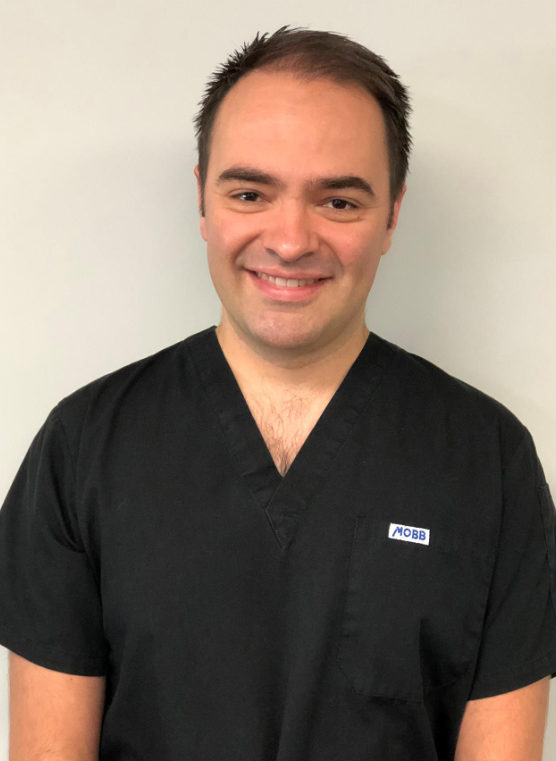 “It was the high-tech aspect of this field that initially lured me towards endodontics. Our profession has seen exciting leaps in technology and continues to advance at the cutting edge of dentistry. Our tools have become an extension of our clinical skills and allow us to provide advanced therapeutic care in the most efficient and comfortable manner. In practice, I strive to be open, empathetic and attune to every patient’s complex and individual needs. Above all, I believe successful treatment not only requires refined clinical skills, but also forming solid relationships based on trust and respect.”

Dr. Andrei Ionescu received his Doctor of Dental Medicine (DMD) degree from the University of British Columbia in 2008 and then moved to New York City where he completed a General Practice Residency program (GPR) at St. Barnabas Hospital, a Level 1 Trauma Centre, in the Bronx. After practicing as a general dentist for a number of years, he returned to graduate school at the University of Toronto where he completed his Master of Science degree and a specialty certificate in endodontics. Dr. Ionescu is a fellow of the Royal College of Dental Surgeons of Canada obtaining his fellowship in endodontics. Dr. Ionescu has also been very involved in furthering research in the field of endodontics, earning recognition for his work from the American Association of Endodontics in 2014.

Andrei and his family live in Oakville and are happy to call this place home. Andrei met his wife, Christine Hibberd, in dental school at UBC in Vancouver. Christine is an orthodontist, who also practices in Oakville, as well as in Toronto, as part of the Hibberd Orthodontics team. They have four wonderful children together: Jack, Henry, Amy and Leah.

When Andrei is away from practice, he is usually found biking, curling, cooking, spending time with his family outdoors, coaching his kids’ teams or playing board games. 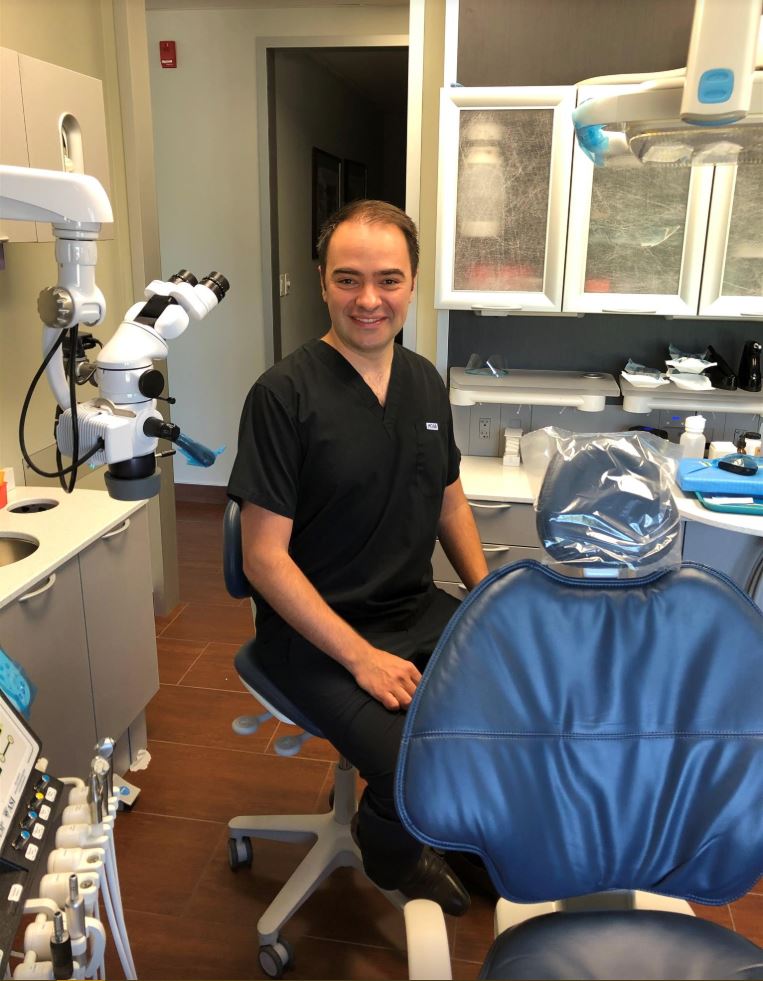 Call us to schedule an appointment or with any questions at